We’re halfway through this wonderful month and it isn’t slowing down one bit. Look! I have a cover for my new novel! And here’s the series, all three books.

Now, if you’ve been following along, you will remember that when I wrote A Jingle Valley  back in 2015, I hadn’t thought a lot about a sequel. But a number of people did remark that when the book ended, they were not ready for the story to be finished. I kept that in the back of my mind, even as I wrote Villa del Sol and even as I wrote April in Galway. At the end of April, our character April Tweed has an idea – to be married at the wedding venue her old friend Julie Tate had created on a farm in western Massachusetts. By this time last year, I knew I’d be combining both A Jingle Valley  and April in Galway into a new novel. And, in a first for this author, there’s a happy ever after. Imagine that!

All’s Well in Jingle Valley won’t be released until December 2, and print copies will be available at the 7th Annual Rhode Island Authors Expo, on Saturday, December 7. But you can pre-order it now! Just click HERE and the ebook will magically drop into your Kindle on December 2. I’ve never done a pre-order before, so I don’t know whether it’s a brilliant marketing tool or not.

Meanwhile, my novel Bits of Broken Glass is just 99 cents to download through the end of this month. In November, I’ll discount the first two books in The Happy Ever After series, so you can catch up before reading All’s Well.

And if you’re on Facebook, please join me in the Wicked Good Hop starting this Monday, October 21, where you can win books and prizes. And again next month, join in at the Rhode Island Authors Showcase November 18-24, where the Grand Prize is a $250 Amazon gift card! Yes, both of these events are Facebook-only events.

Following this blog is not only smart, it can save you money!

Welcome to October! I’ve been a recalcitrant blogger lately, mostly because I’m hurrying to get my new novel ready for an early December release. I’ve begun a tradition of showcasing a new novel each year in December at the annual Rhode Island Authors Expo. This year I’ll have All’s Well in Jingle Valley, the sequel to both A Jingle Valley  and April in Galway.

But while we’re talking books, how about this? You can participate in The Kindle Book Review’s big Fall Giveaway. You have a chance to win a $200, $100,  or two $50 Amazon eGift Cards from the No. 1 site for reader giveaways~~The Kindle Book Review. Just click on the link below and enter the Rafflecopter on the giveaway page. It’s easy & fun. If you love reading, enter now! The giveaway ends October 31st. Click here and enter every day ~> http://ow.ly/hiCV50wEBqg 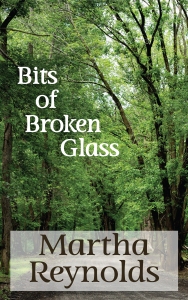 I’m featuring one of my earlier books during this giveaway – Bits of Broken Glass, the story of four people who attended the same high school, but weren’t close. As the days lead up to their 25-year high school reunion, each of them will wonder if it’s possible to ever go home again. The ebook version of Bits of Broken Glass is discounted during October to just 99 cents. Not a bad deal for a novel one reader predicted, “…you’ll find yourself turning each page in anticipation of what comes next.” Get the book HERE.

And there a more giveaways coming! So stay tuned and enjoy October!

By Robert Frost
O hushed October morning mild,
Thy leaves have ripened to the fall;
Tomorrow’s wind, if it be wild,
Should waste them all.
The crows above the forest call;
Tomorrow they may form and go.
O hushed October morning mild,
Begin the hours of this day slow.
Make the day seem to us less brief.
Hearts not averse to being beguiled,
Beguile us in the way you know.
Release one leaf at break of day;
At noon release another leaf;
One from our trees, one far away.
Retard the sun with gentle mist;
Enchant the land with amethyst.
Slow, slow!
For the grapes’ sake, if they were all,
Whose leaves already are burnt with frost,
Whose clustered fruit must else be lost—
For the grapes’ sake along the wall.
August 10, 2013August 10, 2013 ~ Martha Reynolds ~ 8 Comments

I posted about Lucy twice last year: when she was beaten and when she died, two months after she was beaten. The October 2012 post is below. I’m remembering Lucy this weekend, a year after her husband of over 20 years essentially took her life. I think about her a lot, and about all women who are in violent marriages or relationships from which they believe there is no exit, no escape.

I found this video online, and it just seemed appropriate for this weekend.

For those of you who read my blog regularly, you may recall a post from August. You can read it here. A woman with whom I’d worked for over ten years, from 1988 to 1999, died yesterday, two months after her husband beat her severely. He then drove to the farm where he worked and hanged himself. Lucy never regained consciousness. Yesterday, at Home and Hospice Care of Rhode Island, Lucy died.

According to the National Coalition Against Domestic Violence:

October is Domestic Violence Awareness month. But what does it mean, aside from a purple ribbon?  There is a campaign called “NO MORE,” a simple idea with the power to unleash new, major  attention to the people who are hurt – directly or indirectly — by domestic violence and sexual assault every day and every minute.  With a new symbol, the goal is to end the stigma, shame and silence that often accompany domestic violence.

I’m thinking of Lucy, and a life ended way too soon. A bright light dimmed, but never forgotten. Rest in peace, bonita Lucilia. 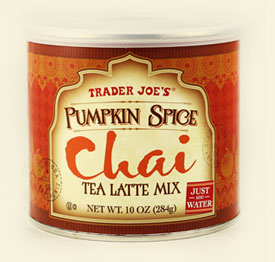 One good thing! It’s October and pumpkins are everywhere. Stay away from those ubiquitous drive-through alliterative coffee shops

and make something wonderful at home. It’s about 140 calories when made with boiling water.  I bought a few, because I know this is a seasonal item.