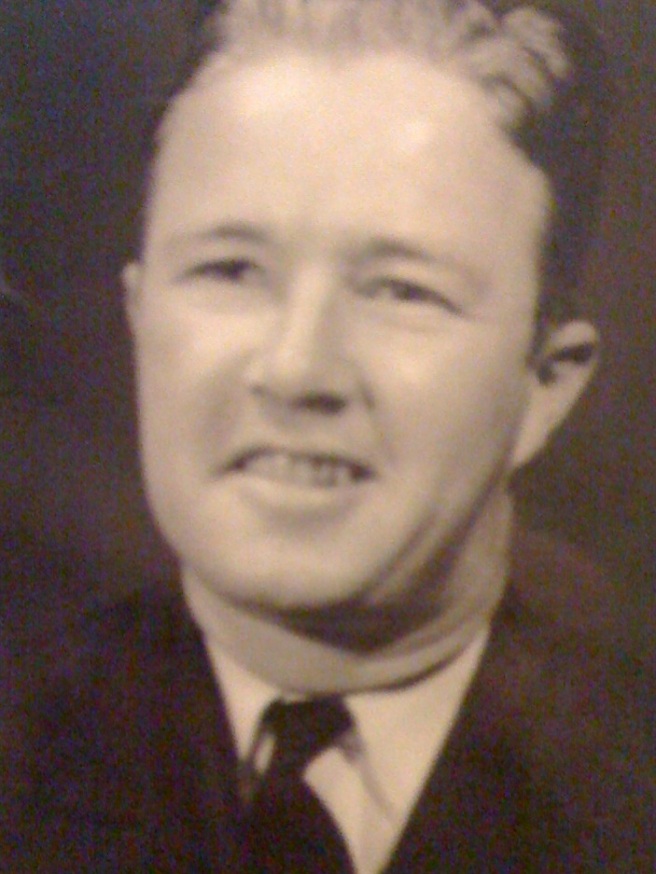 My sisters and I had a hard time buying a birthday present for my dad, whose birthday is today. If he’d lived this long, he’d be 94, but he died at 60. Sixty seems young to me now.

Dad’s birthday was just three weeks before Christmas, so the three of us usually huddled together sometimes right after Thanksgiving and discussed.

A pair of black socks? A tie? Some white handkerchiefs? A jar of sourballs? We were too young to buy him a carton of Kents or a case of ‘Gansett.

One year, I had exactly one dollar to buy Christmas gifts for my mom, my dad, my older sister, and my baby sister (I think I was six). I can’t remember what my sisters received from me that year, but I do recall finding a box of paper clips for Dad (and that was something he could really use), and some lace trimming for Mom (again, she could sew that lace on anything and make it prettier). Those two presents probably took half of the dollar, but I was very proud of myself.

Through my teens, I gave my father (and my mother) way more grief than my sisters did. Let me rephrase that: my sisters didn’t cause trouble. I did, enough for all three of us. Maybe that’s how it is with children; there’s always one. I’ve wished so many times over the past thirty-three years that my father could see that I turned out okay (after a few rough patches), that I married a good man, that I had some wonderful professional accomplishments before ending my career and starting something new, something I love doing. That even though he was present in my life for a mere twenty years, he got it right.

Then again, I’m sure he knows.

About a mile and a half.  Thirty minutes.  From Varnum Drive to Main Street in East Greenwich, I’d make the trip in the early 70’s.  Sometimes via First Avenue, sometimes via Division Street.  Division Street meant walking up, then down the hill.

Anne Marie and I walked to Woolworth’s.  We stood gazing at a Rolling Stones album.  It cost $5.99 and the cover was a pair of jeans, but pretty much only the zipper.  And the zipper worked but there wasn’t anything behind it.  My mother never would have allowed that album in the house.  Besides, we only had money for singles.  She picked “Joy to the World” and I chose “If.”  Three Dog Night and Bread.

Sometimes I’d meet up with Kathy.  She lived off Love Lane and would be waiting for me on Division as I trudged up the hill.  Then we would saunter down to Main Street, for pizza at Two Guys from Italy, or the sweet and sour combination plate at Cathay Garden (egg roll, chow mein, sweet and sour pork – $2.50). Maybe stop at Earnshaw’s afterward.

My favorite place to spend allowance money was the Buz Terry Music store.  I could browse sheet music to all the latest songs.  If I bought one, I’d bring it to Mrs. Bowser on Hall Street when I had my piano lesson on Wednesday afternoon.  I bought the sheet music to “Half-Breed,” and it had a great photo of Cher on the cover, all dressed up in animal skins and feathers. One dollar.

One day, I was walking alone and had just passed the fork at Division and First.  I was continuing up Division when a guy on a motorcycle stopped and asked me if a wanted a ride.  He had long hair and a beard, and was wearing faded bell-bottoms.  I was probably fourteen.  I knew I wasn’t supposed to take rides from strangers, but I accepted.  I’d never been on a motorcycle before.  So I climbed on the back and he sped up the hill, then coasted downhill to the post office on the corner.  When he stopped, I climbed off.  He asked me if I wanted to do something with him, and I told him I was going shopping.  He peered at me and might have figured out I wasn’t even close to eighteen.  He shook his head and peeled away.