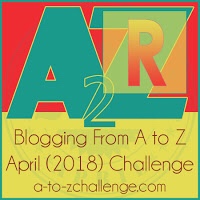 On April 20, 1968, British member of Parliament Enoch Powell addressed a meeting of the Conservative Political Center in Birmingham, England. His speech strongly criticized mass immigration, especially immigration to the United Kingdom. His speech became known as the “Rivers of Blood” speech (although Powell always referred to it as “the Birmingham speech”).

The phrase “rivers of blood” is an allusion to a line from Virgil’s Aeneid which was quoted by Powell: “As I look ahead, I am filled with foreboding; like the Roman, I seem to see the River Tiber foaming with much blood.”

The speech caused a political storm and led to Powell’s controversial dismissal from the Shadow Cabinet by Conservative Party leader Edward Heath. In his speech, Powell stated, “We must be mad, literally mad, as a nation to be permitting the annual inflow of some 50,000 dependents, who are for the most part the material of the future growth of the immigrant descended population. So insane are we that we actually permit unmarried persons to immigrate for the purpose of founding a family with spouses whom they have never seen.” The Times newspaper declared it ‘an evil speech,’ stating, “This is the first time that a serious British politician has appealed to racial hatred in this direct way in our postwar history.” The Times went on to record incidents of racial attacks in the immediate aftermath of Powell’s speech. One such incident took place on April 30: it involved a slashing incident with 14 white youths chanting “Powell” and “Why don’t you go back to your own country?” at patrons of a West Indian christening party.