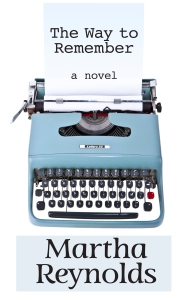 About four years ago, I wrote a book and called it Best Seller. It enjoyed some success and more than a few kind reviews. It was one of the nine novels I’ve written, and one of my favorites.

Last November, I received word from Amazon (where most of my books are sold) that they had a problem with the book’s title. They deemed it ‘misleading,’ and advised me that unless I changed it in a few days, they would remove the book from their selling platform.

Wait, what? What??? The book was up for sale for years, and now Amazon decides it’s got a misleading title? And by the way, it wasn’t misleading at all. The words ‘a novel’ were right beneath the title. And, in one of many telephone calls I had with staff at Amazon, I assured them that the novel had never achieved its optimistically titled status.

Didn’t matter. We emailed back and forth numerous times, and I spoke with as many as six different service agents, but the answer always came back the same. And a week later, poof! Best Seller, and all of its reviews, were gone.

Now, I’ve re-released the book. It’s got a different name – The Way to Remember is the name of the book the main character, Robin, is working on – and a new cover. The book’s contents are the same, with just some minor tweaking to, I hope, make it better.

For many of you who read this blog, you probably already purchased and read the book years ago, so I don’t want to trick you into thinking it’s new. It’s not, and the novel I’m working on these days won’t be ready until the end of this year (if I can finish it).

However, if I can find your old review (I was able to take some screenshots before it disappeared), I will be reaching out to you, asking you to post that review again. Because reviews are so, so important to authors. I’m hoping you’ll be willing.

Anyway, that’s my news for the middle of 2020. What a year, right? I hope you’re doing okay – physically, mentally, emotionally. It has been challenging, certainly for me on all of those fronts. Be well, stay safe, wear your face covering.