Not enough! So many books, not enough time. But perhaps there are a couple of books on my list that didn’t make it onto yours, and maybe you’ll want to add them to your TBR pile:

Fire and Fury – Inside the Trump White House by Michael Wolff lived up to its hype. I don’t know that there was anything startling in it, because this administration has been reported on every day. And by now, there’s just so much more… 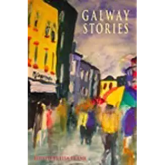 Galway Stories by Kevin Barry and Mary Costello really helped me understand more about Galway, the setting for my most recent novel. Sometimes gritty, sometimes delightful.

No Excuses by Yolanda Alvarez. Let yourself be uncomfortable as you read this stark memoir. My bet is that your upbringing was very different from the author’s. Still, in spite of all the negatives that can be associated with Alvarez’s childhood, she survived. And thrived. And succeeded. Her story will fill your heart. 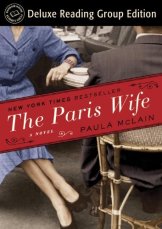 The Paris Wife by Paula McLain. This book is about Ernest Hemingway’s wife Hadley Richardson. Written mostly from her perspective, this is a must-read.

This Unfamiliar Road by Jill Fague. Fague’s first-person account of her battle with breast cancer will move you. With clear and honest writing, she details not only the procedures but all of her emotions.

I’m Still Here by Corey Calligano. Another young woman who battled breast cancer. Calligano writes in an honest voice, holding nothing back. A brave and compelling journey.

Il Bel Centro by Michelle Damiani details her family’s year abroad in the small town of Spello, Italy. Written with humor and introspection, you’ll follow the Damiani family from their home in Virginia to their new home in Italy.

Have Mercy by Barbara Ann Whitman. Using her extensive knowledge as a family support counselor, Whitman created a novel based on a young girl in the foster system. You’ll feel as if you know Mercy as she navigates the complex road to adulthood.

Messing with Matilda by Cat Lavoie. Lavoie is one of my favorite romantic comedy authors, and for a sweet escape, pick up this one. Actually, read everything Cat has written!

How to Walk Away by Katherine Center. Give me a book about hope and despair and I’m hooked. This one ticks all the boxes, with wit, raw emotion, pain, heartache, and ultimately, love and acceptance. Probably the best book I read this year.

North Haven by Sarah Moriarty. I’ll admit, I picked up this book because I lived in North Haven (Connecticut) for a short time as a small child. This story, however, has nothing to do with Connecticut and everything to do with an island in Maine and a family vacation home. It’s a great summer read.

The Book that Matters Most by Ann Hood. Hood’s early works are magnificent, but like The Obituary Writer and An Italian Wife, this one left me less than thrilled. It’s somewhat autobiographical, and the ending was so far-fetched I was left disappointed.

Stranger or Friend by Silvia Villalobos. This thriller will grip you from the beginning. The writer uses tension skillfully in her scenes, and if you’re a murder-mystery reader, grab this one.

Crossing the Bamboo Bridge – Memoirs of a Bad Luck Girl by Mai Donohue. You’ll find it difficult to pause your reading of this riveting memoir. From her forced marriage in a Vietnamese village to her escape and survival, against extreme adversity, you’ll come to admire this remarkable woman. 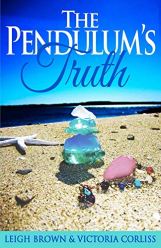 The Pendulum’s Truth by Leigh Brown and Victoria Corliss. The writing team of Brown and Corliss make team-writing work so well, you’d think they were just one person. They convey emotion with excellence and tell a great story that you’ll truly enjoy.

How Hard Can it Be? by Allison Pearson is a laugh out loud funny, brutally honest account of how women of ‘a certain age’ find themselves being pulled from both directions. So relatable to women dealing with work, kids, aging parents, and marriage.

Fear by Bob Woodward. I probably didn’t need to read another book about the chaos in the White House, by the chief chaos creator, but it’s Bob Woodward. This account of the Trump presidency is spot-on, but it’s not like you’re going to feel any better after reading it.

A Printer’s Choice by W.L. Patenaude. I’m not typically a reader of science fiction, but I was thoroughly engrossed in this well-written novel about the classic battle between good and evil.

A Place of Springs by Hannah Colby. Colby’s big book was years in the making, and her dedication to scene and detail is evident. An epic tale of love and loss, despair and hope, against a backdrop of the horrific Bosnian War. 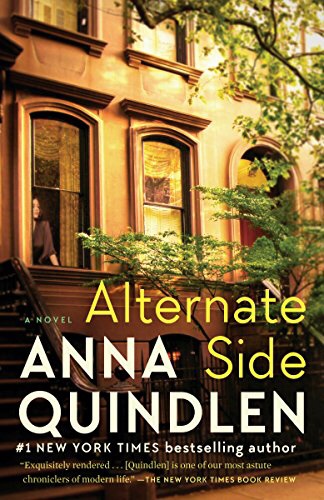 Alternate Side by Anna Quindlen. How I missed this one is beyond me. No wonder she’s one of my favorite authors.

Well, that’s it! How about you? What was the best book you read in 2018? What book are you looking forward to?

11 thoughts on “What I Read this Year”