Leave a comment on today’s post and you’re eligible to win this author’s giveaway. Each day in November that you comment gives you an entry into the Grand Prize giveaway at the end of the month! (Print copies to US residents only, please. If you live outside the US and win, you’ll receive a digital copy of the book.)

Where Weavers Daire is my answer to Star Wars minus the whole heroes’ journey arc that Luke Skywalker goes through. Instead, the main character, Melinda Scott, already knows what she’s capable of, and it got her into so much trouble she was banished from her home world of Stuk’s Hollow.

The crooked Powers That Be said ‘enough was enough’ and banished her to a Gunna Space Station. For the last ten years her family has been reduced to salvage reclamation experts. It’s a job that kept her out of trouble until one day, while the family is out on a salvage job, the world she was kicked out of pulls Melinda back in.

Necromancer Spence MacGregor joins her on this journey and with Liches nipping at their heels along with assassins not far behind they must figure out who to trust while their options dwindle one by one.

The universe that Melinda lives in is equal part Star Wars, Star Trek, Babylon 5, and Firefly. It has Houses of Technology on one side, Houses of Magic on the other, and the Houses of Man in the middle. The Houses rarely agree on anything but when something threatens them all, they call a truce and find someone who can take care of the problem, namely Mindy.

This book took seven years to write and while it may not be perfect I think it’s a fantastic addition to the space opera genre. It has colorful characters, adrenaline pumping action, and in the end it’s a fun read.

If Where Weavers Daire were an ongoing television series, it would be on SyFy or FX with a rating of PG-13 for swearing and mild violence.

This is book one of an ongoing series and book number two will be out in 2019. 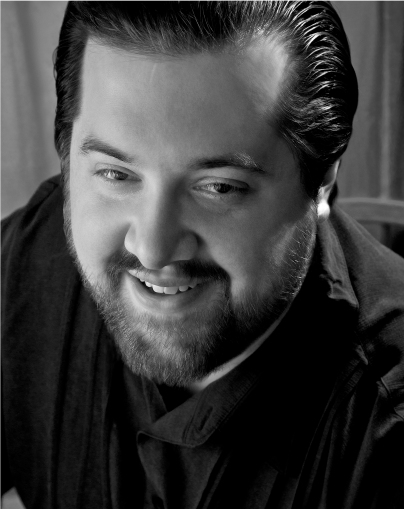 When not writing, R. K. enjoys reading, photography and traveling. Where Weavers Daire is his first novel. His mailing list can be found on his blog at http://www.rkbwrites.com

R. K. is giving away a print copy of Where Weavers Daire!

Hope to see you on Saturday, December 1 at the RI Author Expo!