Scientists recently announced that they had detected tiny ripples in the fabric of space-time cause by the merger of two cores of dead stars. Gravitational waves are extremely tiny, which is why scientists need to build special, super-sensitive detectors placed thousands of miles apart to make such detections. But how small are gravitational waves really?

When Taylor Swift launched her latest single this summer, it nearly, as they say, broke the Internet.  Swift’s “Look What You Made Me Do,” released on August 25, was streamed over 10 million times on Spotify, and garnered 24 million views of the video over the course of its first weekend. We’re told that this is a new record, but by a lot or a little?

This is the crux of the issue: we are barraged with various numbers and figures, some of which sound incomprehensible, throughout our daily lives. From the economy to the environment, from popular culture to current science, and practically anything in between, there are many values that can be difficult to grasp: billions of tons of ice lost in Antarctica, trillions of U.S. dollars worth of debt, quadrillions of calculations per second in a super computer, and so forth (a quadrillion is a 10 with 24 zeroes after it).

This is where the simple, yet powerful, tool of comparisons can come to the rescue. 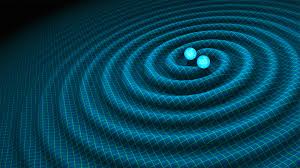 Take the case of gravitational waves, ripples in space-time.  They can be measured like any other wave from one peak to the next. In the case of these cosmic ripples, the distance between these peaks is a mind-blowing 0.00000000000000000001 meters. That’s a decimal point followed by 18 zeroes. That’s smaller than one ten-thousandth the diameter of a proton, the tiny particle found in the center of an atom.  If that’s not a helpful comparison, consider too that a gravitational wave is about 1 billion times smaller than an atom itself, the basic building block of matter.  That would be like the difference between Earth (atom) and a marble (gravitational wave).

Circling back to Taylor Swift, her success comes at a time when the music industry has become heavily intertwined with our digital society. Every minute of low-resolution video played on YouTube uses about 4 MB of data per minute. A higher quality video (720 or 1080p) uses 12.4 MB for that same minute.

For reference, a typical 1990s hard drive could only store 4 MB of data. Swift’s video lasts just over four minutes and amassed 43.2 million views in 24 hours. That means, even with conservative estimates, her video caused the usage of more data in one day that all the personal computers could have stored across the country just two decades ago. 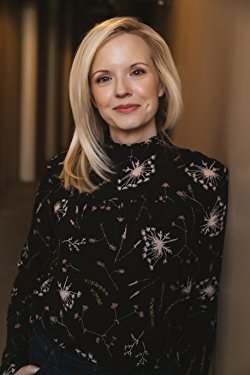 Kim Arcand was working in molecular biology and public health when she was hired for NASA’s Chandra X-ray Observatory in 1998. Since she always wanted to be an astronaut when she was little, this opportunity got Kim close to the cosmos but without the long distance commute. Today, Kim uses data to help tell stories about science, whether in the form of a 3D model of an exploded star, a book about the Universe, or a tweet about how fireflies glow.