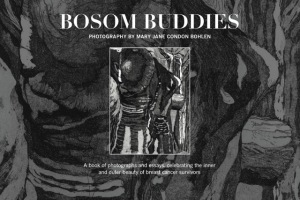 In the spring of 1993, I was drawn to a magnificent tree over 400 years old, standing 90 feet high, with a circumference of 26 feet. It had been declared dead in 1969 due to damage by gypsy moths. In its younger days it was a sacred place where Native Americans would come to decide tribal issues. Taking many photographs, I returned home to develop and print my images. I began seeing a one breasted figure that inspired me to create an etching titled “BOSOM BUDDY.” Although gnarled and broken, I discovered the soul that lived on in this timeless beauty. In 2009, a new oak was planted in its shadow as the old lady needed to be taken down, her life having been an inspiration for all those who chanced to meet her.

In the spring of 1992, I too, had found myself gnarled and broken when I was first diagnosed with breast cancer and treated with a radical mastectomy. The Ledyard Oak became my “Bosom Buddy.” After being cancer free for sixteen years, I discovered in May of 2008 that cancer had returned and I again went through surgery to remove my remaining breast.

For over twenty years I have had the dream of creating a book of photos and essays showing the scars and reconstructions, the thoughts, fears, inner spirit, and especially the hopes of those brave enough to bare their bodies and show their beauty, all inspired by this magnificent tree.

The women depicted in this book  are representative of the many thousands of brave warriors who battle this dread disease called breast cancer. They have taken their bravery one step further by allowing themselves to be photographed in subtle and delicate settings. Meet these women, read their stories. They are survivors.

“I wanted you to know just how beautiful and meaningful I found the book. Indeed, it is a masterpiece.” ~ Sr. Joan Rohan, DW 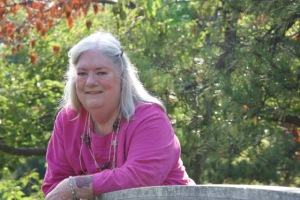 Like the Bosom Buddies Facebook page here and find out where to purchase the book at this link https://books.google.com/books/about/Bosom_Buddies.html?id=6YAUswEACAAJ