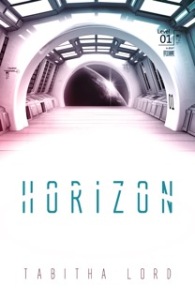 What genre is Horizon? Author Tabitha Lord is often asked that question, and while it solidly belongs on the shelves next to other science fiction novels, it’s actually much more. She first heard the term “space opera” at a pitch slam a few years ago. A pitch slam is like speed dating with agents. The writer gets three minutes, live, in front of an agent, to enthusiastically rattle off all the important facts about her novel, while making it sound so compelling that the agent simply must ask to see the manuscript!

“Ah, you have a space opera,” one agent nodded at Tabitha, smiling.

“Yes. Yes, I do,” she agreed, and then proceeded to google space-opera at the next break.

Turns out space opera is a sub-genre of sci-fi, hence the “space” part, but also contains elements of warfare, drama, and adventure. Horizon certainly falls under this category. But even with this added scope, Lord still struggles to classify it as such – mostly because she thinks the story will appeal to readers of many genres, not just sci-fi.

Lord was once asked to describe Horizon in ten words, and here’s what she came up with:

It’s a human story, painted on a science fiction canvas. But to tell it the way she wanted, Lord had to worry less about genre and more about authentically creating her characters and their worlds. The relationship between Caeli and Derek, the two protagonists, is central to the story. She didn’t want to water it down, or put less of a focus on it to please a segment of her audience. On the other hand, she didn’t want to lose or disappoint readers who were counting on a sci-fi action adventure.

Ultimately, Lord’s goal is always to tell a good story, and she contends readers are willing to give something a try if they believe that’s what they’ll get. So, step aboard the starship Horizon, and join Caeli and Derek as they fight for their lives, their people, and their love. And, please, let her know what you think! 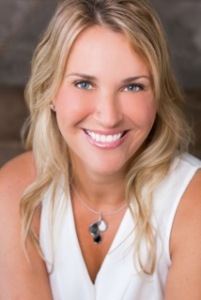 You can find Tabitha Lord’s book here but….