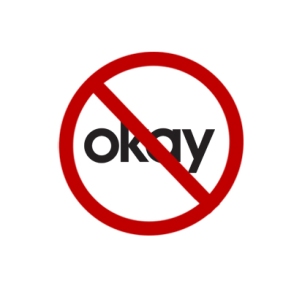 On Friday evening, when the online communities were ablaze with the topic of Trump (again), Kelly Oxford asked women to share their stories of sexual assault and rape on Twitter under the hashtag #notokay. Three hours later she was getting a new post every second. By 2:00 a.m. Saturday morning, a million women had posted about their assaults.

The first time, I had just arrived for my junior year abroad and was spending an evening in Nice with college friends – some new, some established. We were drinking beer. I had had one beer. I got up to find the bathroom, which was inside the cafe, down in the basement. Before I could enter the stall, a burly, hairy man in a white apron reached out and grabbed a breast before I could slam the stall’s door against him. I was afraid to leave the stall and stayed there until one of my friends came downstairs looking for me.

The second time was months later. There was an outdoor festival with German music. I had had one or two beers, tops. Everyone was dancing to the music, no one was paired off. My girlfriend and I joined the group, and after moving around for a few minutes, I found myself face to face with a man probably in his forties. As he exhaled a breath that stank of beer, he grabbed my crotch through my jeans. I staggered backwards and away from him as he grinned.

According to the Rape, Abuse & Incest National Network (RAINN), an American is sexually assaulted every two minutes. That’s females and males. We cannot allow children to grow up in a society that permits such behavior. It’s not ‘boys will be boys.’ It’s not ‘locker-room talk.’ It’s assault. And it’s not okay.